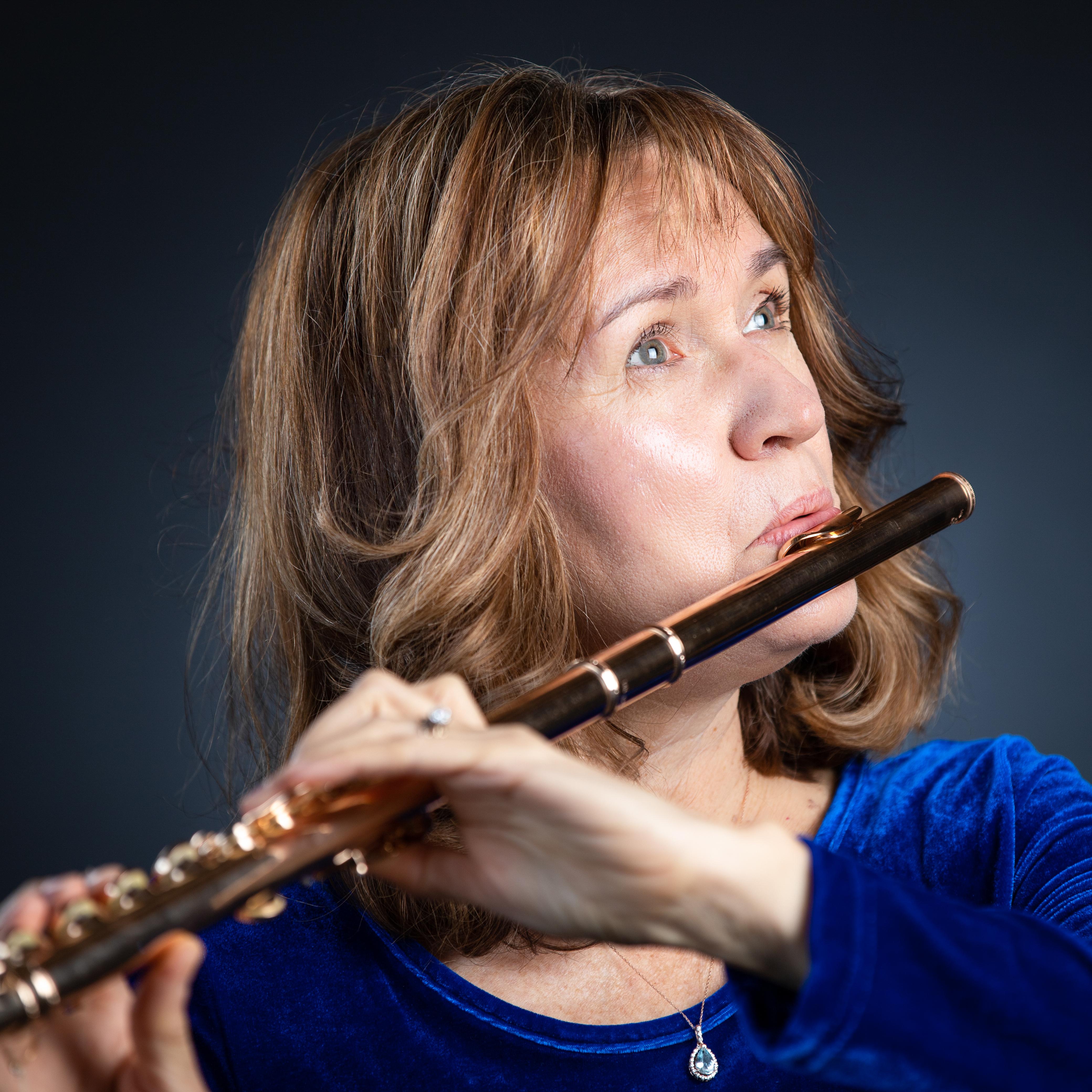 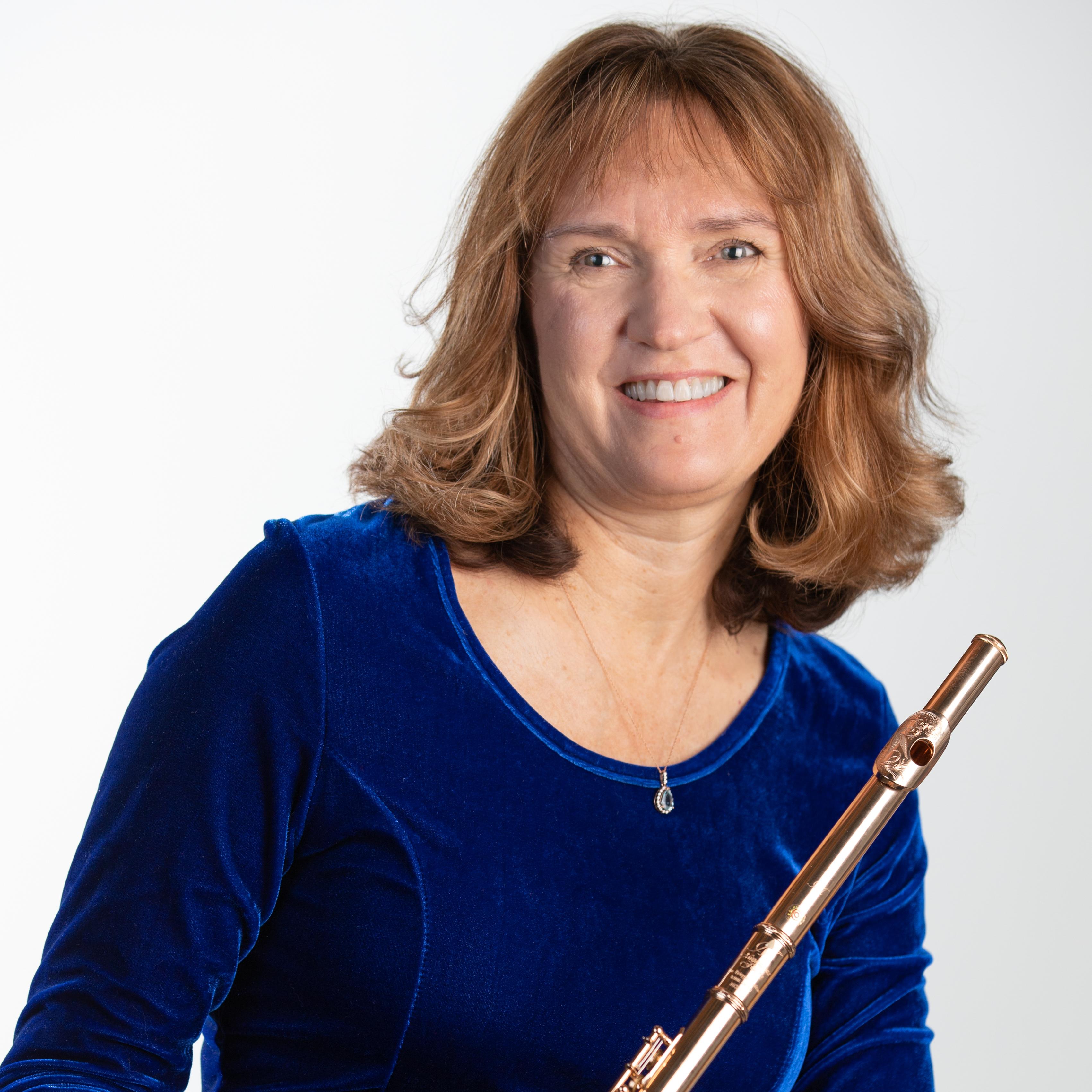 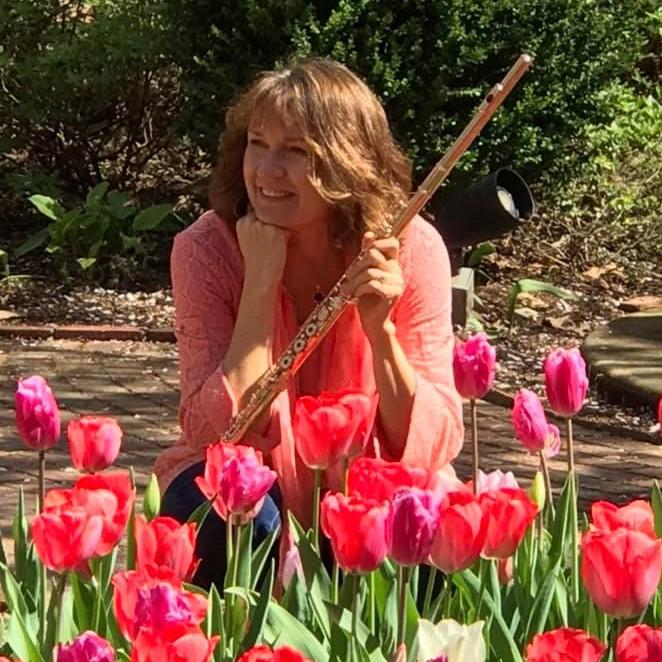 Described by Lima, Peru´s El Comercio, as an artist with “a sweet and seductive sound¨, flutist Cathy Collinge Herrera has performed solo, chamber and symphonic repertoire throughout the U.S., Canada, Australia, England, Central and South America, and the Caribbean. With an extended Fulbright grant to Peru, she was principal flutist with Peru’s Orquesta Sinfónica Nacional, and a founder of Festivales Internacionales de Flautistas. Featured in the U.S. National Flute Association journal “The Flutist Quarterly”, she was recognized as the catalyst for the thriving Latin American international flute festival scene. Serving as an artistic ambassador for U.S. Embassies, she has performed as concerto soloist, recitalist, master class clinician and liaison throughout Latin America and the Caribbean.

She earned both a Doctor of Music degree in Flute Performance and a World Music Certificate from The Florida State University, her M.M. from the University of Wisconsin-Madison, and B.M. from the University of Northern Iowa. While pursuing her studies, she was winner of the National Flute Association Master Class Competition, one of six finalists in the NFA Young Artist Competition, and a selected performer for summer master classes with Donald Peck and Julius Baker.

Dr. Collinge Herrera has served as faculty member for a variety of U.S. universities as well as Escola Cantorum in Lima, Peru and the Western Australian Academy of Performing Arts Conservatorium at the Edith Cowen University, Perth. Currently she teaches at Juniata College, is a Rostered Artist for the Pennsylvania Council on the Arts, a scholarly contributor to the Garland Encyclopedia of World Music, and she performs with three Pennsylvania Symphony Orchestras. With the Herrera-Register Duo (flute and guitar) and Camerata Amistad (two flutes and guitar) she has published four volumes of arrangements of music with roots in the Hispanic culture and a CD entitled “Perlas Hispánicas”, Other ensembles include The TrioArts Project (flute/music, dance and the spoken word), and From the Heart Duo (world flutes and world percussion) featured in a New Age Improv Meditation CD “Doorways”.

Also a composer, she has had the honor of performing premieres and received recognition awards of her own works, along with those of fellow composers, in the U.S. and abroad, under the auspices of U.S. Embassies, the Fulbright Foundation, the PA Council for the Arts, and the prestigious Cornell University Men’s Glee Club. Her compositions include works for solo flute, piccolo, alto flute; flute and voice; piccolo and piano; piccolo and guitar; flute and guitar; flute, trombone, and piano; alto flute duets; and flute with men’s choir. Her works are published by ALRY.

In her book, “It’s Performance Day! Success in the Spotlight” and its companion e-zine “It’s Performance Day! Complete Interviews”, she shares a multitude of her own insights regarding how to handle the day of a performance for optimal success and includes interviews with and perspectives of more than 80 leading performers from 26 countries. Both are published by Theodore Presser.

Dr. Collinge Herrera is Founder and President of the nonprofit organization The Flutopia Initiative, flutists inspiring musicians to change the world one concert at a time, for which she organizes musical events to support those in need. She has worked to benefit hometown residents with ¨Play it Forward¨ concerts and the ¨Flutopia 5k!¨ which features musicians along the route. On a national level through Flutopia she organizes a “Play it Forward” benefit concert for a local charity in the host city on the eve of each National Flute Association convention, and internationally has raised funds and provided musical instruments for music students in Guatemala, Haiti and Peru, as well as funds for Doctors Without Borders.

A member of the National Flute Association since her days as a student, she has also enthusiastically worked for the benefit of others as a member of the NFA’s committee for Diversity and Inclusion. She is honored to be counted among the 10 NFA Golden Anniversary Award recipients for her contributions to the flute community.

Dr. Collinge Herrera is a life-long Miyazawa Artist, playing on a handmade 14k Brögger System Miyazawa flute.
You may visit her website at: cathycollingeherrera.com